We’ve conducted a study showing that musical vibrations increase the chances that the sperm fertilises the egg, ie that music improves IVF. We’ll present these findings at the European Congress of Sterility (ESHRE) that will take place from the 7th to the 10th of July in London.

The idea came thanks to you, because we wanted to show you the “embryonic life”.

Since the beginning of assisted reproduction, we have tried that the conditions of the embryos in the laboratory are most similar to the ones in the fallopian tubes and in the uterus, both physically and by the development of culture media that contains the same nutrients.

Remember the video The IVF Lab? I tried to imagine myself as an embryo… At that moment I thought: what would I hear in the womb?

That was how, in collaboration with a sound engineering consultancy, we devised a system to stream music inside incubators up to 80 decibels for 24 hours a day.

What have we done? We’ve analysed 985 in vitro fertilised eggs from 114 patients. These were randomly divided into two groups and were cultured in two different incubators: one provided with a loudspeaker system and the other in a conventional incubator.

The results show that those grown with music had statistically higher fertilisation rate, increased by 4.8%.

We chose three different musical styles -pop, hard rock and classical music- to measure possible variations depending on the frequency of the beat, but we did not detect significant differences between one and the other.

Clearly, embryos have no sense of hearing and they’re not able to hear anything, then why does music improve fertilisation rates?

In natural conditions, oocytes and embryos travel through the fallopian tubes into the uterus due to continuous peristaltic movements that move them, surround them with the nutrients they need, and drive them away from their waste metabolites.

These cell movements facilitate the exchange of substances, but embryos in the laboratory remain static in the culture media, and, as a result, the released toxic products -free radicals or ammonium – are stored in the culture medium in which they lie.

Our hypothesis is that micro vibrations stir the culture media, thus producing a more homogeneous distribution of the nutrients and dispersing toxic products to avoid their accumulation.

Since the beginning of IVF, the advances have been continuous and the success has been greatly improved. To you it may seem small, but an increase in fertilisation rate of almost 5% is in fact a great achievement, especially for a referral centre like ours .

Watch this one minute video in which you see the evolution of a newly fertilised oocyte until the 5th day with one of the songs played in the incubators. 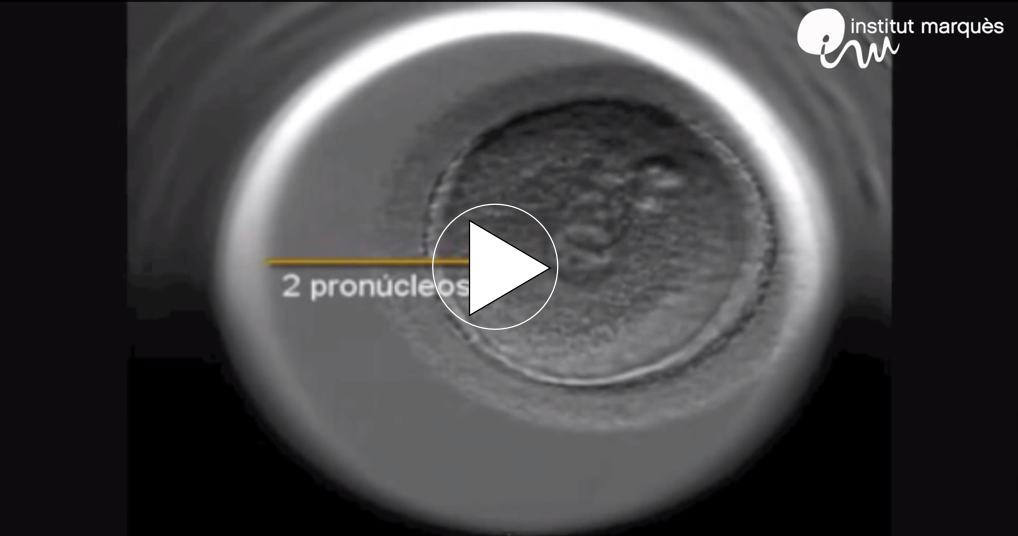