When the publishing house Amat suggested me to write a book I thought it was a crazy idea and that I wouldn’t have enough time, but now that is published I’m over the moon. Especially because this book gives clear and reliable information about fertility, and therefore it can be very helpful to women who are considering having a child.

We live in an information society, master degrees and online courses, with a young generation full of knowledge. Young people who know the broadband speed but however don’t know the speed of their sperm. Girls who buy fertility kits because they don’t recognise their own fertile days. In short, they know very little about fertility and therefore their expectations are wrong.

Many women think that they will get pregnant in the first month and if it doesn’t happen, they start looking for information ­-which is normally incorrect or false. They are faced with lots of doubts, taboos, prejudices and myths, they start wasting time and as a result anxiety grows.

In my book “I want to become pregnant now”, I give useful tips and I follow the story of three women, with very different profiles, who have decided to have a child.

I truly believe that this fertility guide, which I wrote with enthusiasm, can be very useful to women who, as the main characters in the book, have decided to embark on motherhood. And, in the event, that things don’t go the way they planned, and they need treatment to become pregnant, I want them to feel that they are not alone.

As a doctor, I hope that this book contributes to slowly eliminate taboos so that, in the future, society accepts infertility as an illness and people can talk about it feely.

Bear in mind, that only half of infertile couples search for help and, most of them, only for alternative treatments. It’s estimated that only 22% receives medical treatment and, in many cases, it’s unfortunately too late.

In many occasions, that happens because they don’t have the right information. Sometimes is due to moral or religious reasons which lead them to accept the situation or reject the treatments. Other reasons can be economic problems, not having the support of the family or partner or simply because they prefer to hide it.

After the success of the Spanish edition, you can now find the book in English online.

Two unforgettable moments are the day when “I want to get pregnant now!” was publicly released, during a beautiful act with Antonio Orozco’s participation in Barcelona and 2019’s Sant Jordi, when I had the chance to personally sign books at the entrance of our Barcelona’s clinic. Here you have a photo  and a video of those two special days. 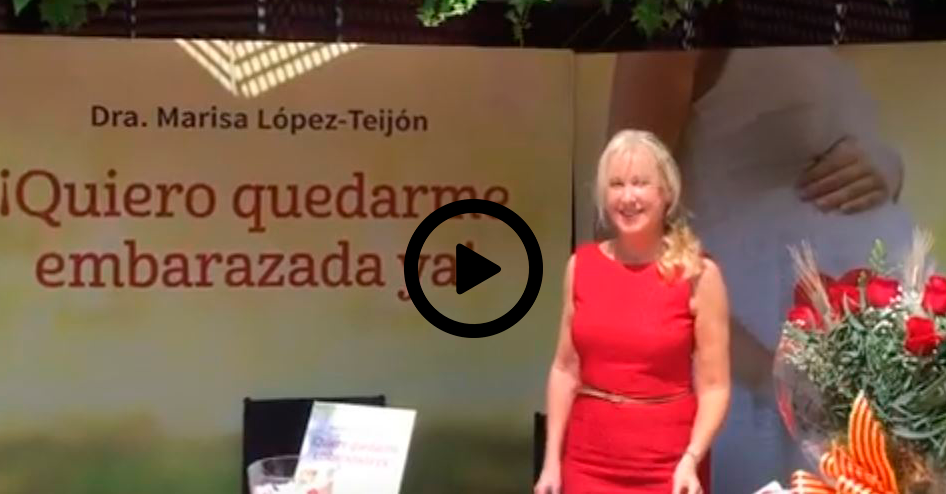